Every year, thousands of Nigerian students are churned out of the various tertiary Institutions in the country and are certificate qualified for hitting the labour market after going for the compulsory one-year National youth service program (NYSC). This makes for a stiff competition in the labour market as everyone is clamoring to get employed. This situation is further worsened by the fact that there is hardly any establishment willing to offer employment to the teeming number of youths seeking employment.

In order to stand out in your interviews and to be offered your dream job out of a hundred other applicants, you need to go the extra mile which in this case means knowing psychological tricks and hacks that will ensure you are offered the job. It’s quite true in our dear country that employment is based on man-know-man or using money to bribe your way through the management but even at that, these psychological tricks will enable you ace your interviews and get you desired results.

Even those who are already employed or have had experiences with interviews can still learn a thing or two for good measure from these tricks. In fact, research shows that interviewers reach final decisions about applicants four minutes after meeting them, on the average. In other words, you have very little time to make a great first impression in a job interview. Your body language, presence in the room, and how you answer their questions have a much more significant impact on whether you’ll be hired than we might think — or even care to admit. You have more control over the outcome of your job interview than you realize.

Here are some psychological tricks to help you influence the impression you make on your interviewer.

1. Engage your interviewer through Reflective listening

Here’s an example of how you can use reflective listening in a job interview:

Interviewer: “This position requires a content writer who won’t have a problem covering a broad range of areas like entertainment, sports, Education and celebrity gist. This person must possess writing speed and come up with new content on a weekly basis. How does this sound?”

You: “So, you’re looking for a versatile writer who is enthusiastic and up for anything. That’s exactly how I would describe myself. As you can see from my clips, I’ve done everything from student guide write-ups to investigative journalism, so I believe I’d be a great fit for this job.”

The “Chameleon effect” is a psychological phenomenon that describes how people tend to like each other more when they’re exhibiting similar body language. Body language expert Patti Wood says that, ideally, it should look like you’re “dancing” with the other person. Otherwise it can seem like you’re not interested in what they’re saying, you’re not a team player, or even that you’re lying. So, if your interviewer is leaning forward in his chair and putting his hands on the table or even leaning backwards in a posture of a boss, feel free to do the same. Chances are he or she won’t notice that you’re copying them.

3. Project the image you want through your outfit color

A CareerBuilder survey of hiring managers and human-resources professionals found that different clothing colors convey distinct impressions. Twenty-three percent of interviewers recommended wearing blue, which suggests that the candidate is a team player, while 15% recommended black, which suggests leadership potential. Meanwhile, 25% said orange is the worst color to wear, and suggests that the candidate is unprofessional. Colors like white, gray and brown are also ideal for interviews. It all boils down to wearing an outfit that screams dependability, confidence, organized and charismatic. Your future employers want to believe that you are someone they can trust. Also, if possible, where a cloth that represents the establishment, and make every necessary effort not to wear a cloth that has the color of a rival company in the industry. For example, if you are going for MTN interview, you can wear yellow tie, and never wear read or green tie, cos, these colors are colors of rival companies in the country.

4. Give off an aura of confidence

In her popular TED talk, Social Psychologist Amy Cuddy talks about how the presence you bring to job interviews weighs more heavily than the content of the interview itself. When you come off as confident, authentic, passionate, comfortable, and enthusiastic, interviewers are more likely to hire you. Cuddy says the best way to give off a confident presence is to “power pose” before the interview – i.e. standing in a posture of confidence, even when we don’t feel confident. It affects the chemicals in our brain and might even impact our chances for success. Your confident aura tells your interviewers that you are the right man for the job.

5. Be candid about your weak points

In answering the question “What’s your greatest weakness?” your initial impulse might be to craft a strategic response that really emphasizes your strengths. For example, you might say, “I’m such a perfectionist” or “I work too hard. “But recent research from Harvard Business School suggests that “humblebragging,” or boasting concealed by a complaint, can be a turnoff in interviews. It’s wiser to say something genuine like, “I’m not always the best at multitasking,” which sounds more honest, and could make your interviewer more inclined to recommend you for the position. This may not seem like the right thing to do to most people but it sure shows the interviewer that while you are committed to your job, you have certain limitations which you are not shying away from but are ready to work on it.

6.  Use the Flattery approach

“Flattery has an insidious ability to worm its way into the unconscious, where it creates persistent feelings that could affect the outcomes of all kinds of business interactions, from job interviews to sales to boardroom presentations,” Jaideep Sengupta, Professor of Marketing at Hong Kong University of Science and Technology, told Harvard Business Review. And it doesn’t have to be sincere flattery, either. “Implicit attitudes tend to remain untouched by contradictory explicit information,” said Sengupta. “It’s a testament to how insidiously flattery affects us.” So, how do you flatter your interviewer without overdoing it? One way is to frame it as advice-seeking, according to a study from the Kellogg School of Management. For example, you could ask a question like, “How was the company able to close that deal so successfully?” Opinion or value conformity is also another form of subtle flattery.

7. Ask for a pay that’s higher than what you are aiming for

When the subject of pay finally comes around, you’ve probably heard that it’s better to aim high and then negotiate down to your desired range. This is a psychological effect called “anchoring,” and it’s the same effect as when your teenage daughter begs you for a pair of $150 jeans and you refuse, you’re then more likely to cave in to the $80 pair.

“When we encounter a number — even an irrelevant number — we fixate on it, and it influences our judgment,” explains Todd Thorenson, Professor of Psychology at the University of Idaho.

In fact, a recent study revealed that asking for a million-dollar salary in jest can actually increase your offer by more than 10%. In the study’s test scenario, an administrative assistant candidate who’d listed her salary as $29,000 interviewed for a new job and was asked what salary she wanted. In cases where the applicant didn’t name a number — which is what many of us have been trained to do, so that the interviewer names a number first — she was offered about $32,500. When she joked, “Well I’d like a million dollars, but really I just want what’s fair,” the average offer rose to almost $36,200.

Of course, a quip like that might detract the interviewer altogether, so it’s a risky move — but it certainly is telling of the psychological effect naming high numbers can have on an interviewer. I will relate a personal experience in this regard. A friend referred me for a job after telling how much she earned as she no longer wants to work there for relocation reasons. During the interview when asked how much I would like to be paid; I boldly stated a price that was higher than what I know they paid others. My interviewer was shocked, stating the amount they paid other staff but I subtly told him my skill set is sure to produce results and as such I deserve a matching pay.

The boldness and confidence unarmed him and he finally gave in to my request stating it was on probationary basis. The end point is that I was paid a higher sum than others, something my friend has been asking till date how I achieved. While doing this try not to come off as boastful or arrogant. 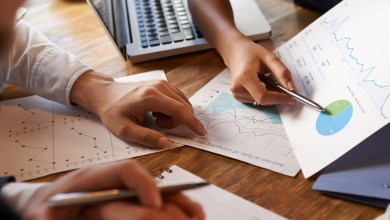 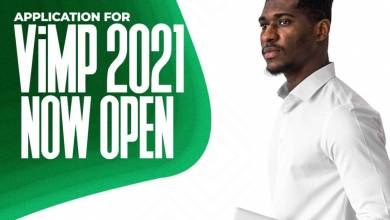 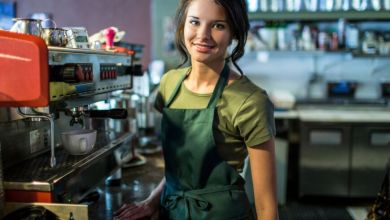 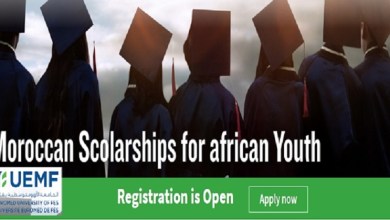 Scholarships for African youth to study at the EuroMed University of Fes in Morocco in 2021. 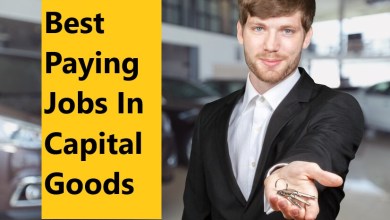 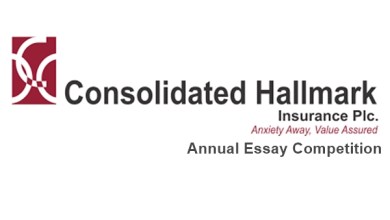