Success doesn’t come by accident. Success isn’t easy and it never will be. Here, I will share with you the 7 Enemies that’s stopping you from being successful.

Like a father you must look out for your enemies and we must also deal with the enemies within ourselves.

The 7 Enemies of Success

But dream/vision is not enough. The seven enemies of success is a follow:

Someone’s mentioned it a couple of times on jesusful and they’ve had to deal with it and you’ve got to deal with it. Indecision is called the thief of opportunity. Do the very best you can, make a decision and go with it. If it doesn’t work out because it was a wrong decision, I’m telling you that gives you experience now to make a better decision.

Doubting brings about Plan B. When you start doubting yourself, that’s very dangerous. It means you’re saying if my plans doesn’t work and if you start thinking about plan B you’re taking away that energy from plan A.

It’s very important to understand that we function better if there is no safety net, plan B. The main reason people think of plan B is because they’re worried about failing not knowing that by failing, you are one step closer to success.

It’s easy to doubt that it can happen, yes we’ve all got fears that want to crowd in. I’m asking you don’t let that disease grab you by the throat and ruin your chances to be successful. Don’t doubt your own ability, don’t doubt your own strength.

Whatever you do, practice not being casual. Sometimes, you’ve got to shake off the lethargy that would say oh well maybe it’s not gonna work for me or I’ll just go along and see what happens. I’m asking you whatever intensity that you’ve gathered up at first, I want you to take this same intensity with you, don’t be casual. Casualness creates casualties. Go out everyday with a renewed intensity and don’t let any difference take over.

Yes worry but here’s the clue don’t let it conquer. You take all of the worries you’ve gotten and try to drive them into the smallest corner you can possibly find.

If you don’t worry, it’ll be like a mad dog loose in the house. It’ll have you in the corner. So whatever your worries are, drive them into a small corner.

The glass is half-empty but it’s also half-full. Yes there’s the dark side but there’s also the light side, the night comes but so does the day.

What I’m saying is don’t be afraid of both sides, opportunity and difficulty, chance and danger. You have you learn how to handle it all.

I’ve come to realize that no matter how long your legs are to run fast, without prayer, you’re never going far. This is the most important and should be the first on this list but the truth is no matter how much you pray, without working on yourself, success isn’t going to come. Stop waiting for miracles to happen, trust me it’s useless.

Comment below what you think about the 7 Enemies Stopping you from being Successful. 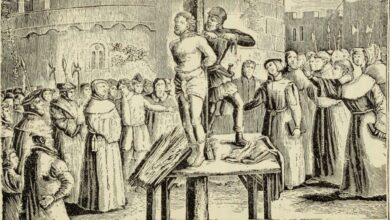 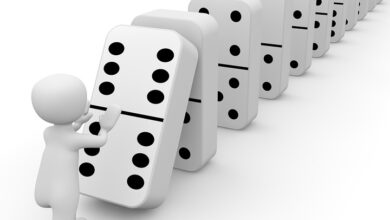 Surrender it to God when it gets tough-daily bible study

Learn to be decisive-daily bible study